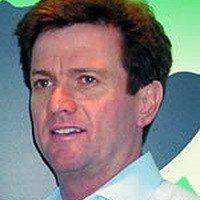 Peter has been lecturing introductory courses in Philosophy at the Sydney School of Philosophy for the last ten years. In addition to the successful Zen Tails series he is the author of Life Is, the journey to enlightenment of a two year old. He is happily married and the father of five children.

His greatest claim to teach with any authority is that nothing he presents has any originality. Much is taken from ancient wisdom and teachings which are found in the perennial philosophies or from other teachers. He has not developed any wonderful new method to attain enlightenment, freedom or riches.

The messages Peter teaches are thousands of years old and developed by far wiser souls than himself. The only possible claim to any inventiveness he makes is that these ancient ideas are as relevant today as they were when the leader of the most powerful nation on the planet wore purple robes and sandals.

@NFPublishing  Discover more about author @brenda_gurr on our blog, where she gives us insight into her latest book The Fabulous Cakes of Zinnia Jakes: The Crumbling Castle, and reveals a very interesting relative! #kidsbooks https://pic.twitter.com/k9Q67S2end - 2 years ago
Sign up for the latest news, events and competitions...
Thank you for subscribing
Content Managed by New Frontier PublishingWebsite Design & Hosting by Scaws
Search