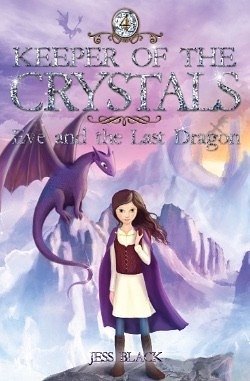 Eve turns up unannounced at her Nan's house with Oscar in tow. It's time to open the wooden box. The one her Nan had warned them was far too dangerous to go near. A crystal dragon figurine thrusts Oscar and Eve into a medieval world of dragon slayers, fire breathing dragons, castles and moats. It's a world at war. Can Eve and Oscar befriend these creatures and help save them from extinction?
find out more
Share this article...

Thank you for your comments, they will appear shortly once approved.
View by Category
BooksEventsLatest ReleasesBehind The ScenesCompetitions
Latest PostsPopular Posts
1
Get to Know Amanda EnrightJuly 28th, 2020
2
Let's Go! Behind the ScenesJuly 28th, 2020
3
New Frontier announce US Distribution through Lerner Publishing GroupJuly 13th, 2020
4
Nicole Prust on Trying New Things as We Come out of LockdownJuly 1st, 2020
5
2020 Environment Award for Children's Literature - Candice Lemon-Scott reads Eco RangersJune 29th, 2020
1
Ellie the Pug - How to Care for a PugApril 8th, 2019
2
The Last Anzac - A Letter from Alec Campbell to his MotherApril 1st, 2019
3
Patrick Shirvington: The Story Behind Can You Find Me?October 6th, 2017
4
Can You Find Me? selected as a Notable Book for 2018 by the CBCAFebruary 27th, 2018
5
Behind the Scenes with Anil Tortop, illustrator of Scaredy CatJune 11th, 2018

@NFPublishing  Discover more about author @brenda_gurr on our blog, where she gives us insight into her latest book The Fabulous Cakes of Zinnia Jakes: The Crumbling Castle, and reveals a very interesting relative! #kidsbooks https://pic.twitter.com/k9Q67S2end - 2 months ago
Sign up for the latest news, events and competitions...
Thank you for subscribing
Content Managed by New Frontier PublishingWebsite Design & Hosting by Scaws
Search