Five Questions with Gilly, creator of The Day Henry Met...

We spoke to Gilly, creator of the hit TV series The Day Henry Met... and now four fantastic board books with New Frontier. 1. Congratulations on your nomination for 'Best Director of an Animated Series' in The Irish Animation Awards. How has it felt to see The Day Henry Met… become so popular?

Henry has won several Irish and international awards in the last four years but it's always nice to get nominated in your home country.  We can't believe Henry is now watched in 178 countries worldwide, thats millions of preschoolers who sit down and watch Henry daily.


2. What is the process when creating the TV show? Do you start with drawings before the animation takes place?

I write the scripts first, then we do designs, storyboards and the voice recordings. Only after every detail is worked out 100% do we start animating. There's a lot of prep work done before an episode even gets to the animators as animation production is very labour intensive and expensive to produce.


3. What is it that you want children to learn from The Day Henry Met…?

Mainly the art of conversation and good manners.


4. How was your experience working on the books?

We're very excited that Henry has moved off the screen and is now available in book form. I love writing books as it gives me a nice break from animation production.


5. Where do you draw your inspiration from for each story? Is Henry based on anyone?

Every day Henry meets something new, the something new can be anything at all and Henry goes off and learns all about it and has a great adventure.  Henry is based on my son Henry who was four when I had the initial idea of Henry. Like every four-year-old he was inquisitive and loved asking questions about everything. 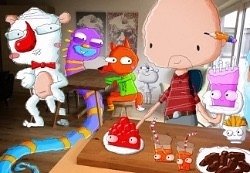 Gilly has been drawing and making up stories since he could walk.  He studied graphic design in Dun Laoighre and has a degree in animation.  He is co-founder of the award winning animation company, Wiggleywoo. Join Henry as he meets all the letters of the alphabet on a fun-filled journey. 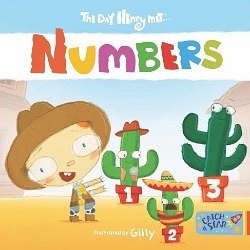 Join Henry as he learns to count to five - and meets some fun new friends along the way! Join Henry on an exciting journey as he learns about the different colours. Join Henry as he learns about lots of actions -and has some new experiences along the way.

Thank you for your comments, they will appear shortly once approved.
View by Category
BooksEventsLatest ReleasesBehind The ScenesCompetitions
Latest PostsPopular Posts
1
Meet Veronica Montoya, the illustrator behind Dino LoveNovember 25th, 2020
2
Brenda Gurr talks The Fabulous Cakes of Zinnia Jakes: The Tumbling TortoisesNovember 4th, 2020
3
Get to Know Sharon DaveyNovember 4th, 2020
4
How to Draw a Dancing Frog with Patrick ShirvingtonNovember 4th, 2020
5
Cover Versions: Bears Don't Wear ShoesOctober 13th, 2020
1
Ellie the Pug - How to Care for a PugApril 8th, 2019
2
The Last Anzac - A Letter from Alec Campbell to his MotherApril 1st, 2019
3
Patrick Shirvington: The Story Behind Can You Find Me?October 6th, 2017
4
Can You Find Me? selected as a Notable Book for 2018 by the CBCAFebruary 27th, 2018
5
Behind the Scenes with Anil Tortop, illustrator of Scaredy CatJune 11th, 2018