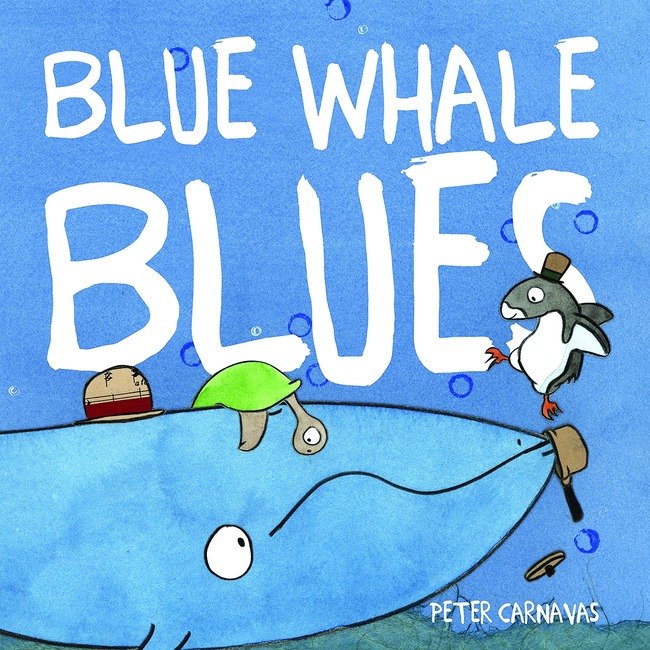 BLUE WHALE BLUES by Peter Carnavas has been selectedas one of two winners of the Crystal Kite Award for Australia/New Zealand. Peter Carnavas shares the award with Frane Lessac for A IS FOR AUSTRALIA. Both will receive this prestigious award chosen by their peers; the only award of its kind in children’s books. The books received the most votes out of hundreds of submissions.

Peter Carnavas creates children’s books with simple, sweet and important meaning, accompanied by whimsical illustrations. He lives on the Sunshine Coast with his wife, two daughters and a scruffy dog, and between writing and illustrating, works as a teacher and musician.

Peter’s combination of creative talents and poignant stories became manifest in his first children’s book, Jessica’s Box, which New Frontier published back in 2008. Since then, Peter has been shortlisted for countless awards for his picture books, and his books have continued to create lovable characters, important sentiments and tiny figures of inspiration.

Blue Whale Blues has playful text coupled with gorgeous illustrations. Peter uses humour with deft aptitude to begin an important conversation about depression.Blue Whale Bluesis illustrated with a mixture of traditional watercolour and collaged media, and includes a musical recording of Peter's original composition as accompaniment.

You can take a sneak peek at the book here.
Share this article...

uoyeiuuy - December 20th, 2017 10:29pm
Good writeup, I am normal visitor of one's site, maintain up the excellent operate, and It's going to be a regular visitor for a long time. kkdegbcdfgde

Reply
online courses - April 11th, 2017 8:40am
Hi there everyone, it's my first pay a quick visit at this site, and piece of writing is really fruitful in favor of me, keep up posting such articles or reviews.
http://educationclue.eu