'Why I Wrote Amira's Suitcase' by Vikki Conley

The reasons behind this man’s decision stuck with me for years. He had sponsored that child to offer a future that included access to education, as well as other basic needs like clean water. Education, he believed, was the pathway to a world that was not so divided.

This same message came to me again when I was in Somalia, Africa. I was putting books into the hands of children who had never seen a book before. The children were sitting on a dirt floor amongst broken walls that were scarred with gun pockmarks. The building had no windows and no roof. This was school.

No teachers had been trained in Somalia for over a decade because of the continued unrest. The children that day were being taught by a parent who was remembering what they could from their own schooling. 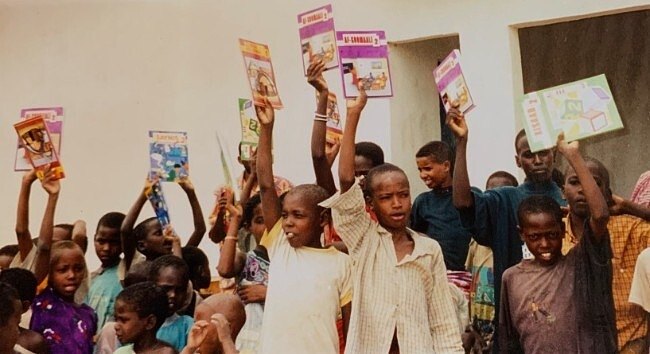 During my visit, a young Somali teenage girl approached me. She said, “I want to be like you my sister. I want an education. I know that education is the secret to peace. It will give us jobs. It will give me clean clothes, like yours on your back.”

Today, when the world has once again gone mad, with Russia invading Ukraine, I have children of my own. I listen to ABC radio with my 13-year-old son and try hard to explain to his wide eyes why a 64km convoy of army tanks is propelling towards Ukraine. With my younger daughter, I simply switch off the radio. When the world is a strange place, for her I turn to books.

Books can help very young children in so many ways. Books can help introduce big issues in small doses. Through tender words and illustrations, picture books have the power to distil the scariest of issues into their simplest form. Picture books are magical and help our children discover other worlds through story.

While Amira’s Suitcase was written about a family fleeing conflict, it is essentially a story about finding friends in new places. At face level, it is simply a story about friendship. It could be a story about moving home, starting at a new school, or making new friends.

I wrote Amira’s Suitcase to give a voice to displaced children all over the world. Many that I interviewed during my time with World Vision had fled conflict, leaving with only the clothes on their back, walking for days. Many were displaced in their own countries. Others had lived for years in refugee settlements. Some had been born inside refugee camps only ever seeing the outside world through a wire-fence. Amira’s Suitcase is dedicated to the children who were brave enough to share their stories with me. 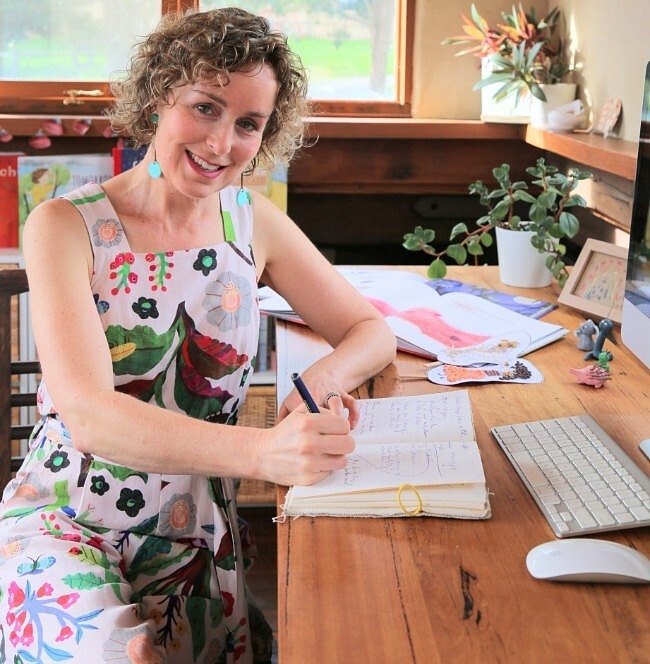 When writing Amira’s Suitcase, I wanted to use the symbolism of growth and light to show Amira’s journey. We see her grow and heal through play and through caring for the small sprout that she discovers growing in her suitcase. With kindness and friendship, she blossoms.

These themes have been well received in Europe, with the German edition of Amira’s Suitcase recently hitting bookstores. The reviews have drawn strong correlation to world events. “These days… many… families are on the run. Fleeing war… climate change… seeking security… I believe in these times all people can use a little warmth and hope, and this story radiates.” – Tom’s Tolle Bilderbuecher.

I wonder if every child on this planet had bedtime stories of hope, compassion and friendship, would the world be a better place? Would our future leaders remember the storytelling planted deep inside their minds? Would the tender words influence their big decisions later in life?

Perhaps this is idealistic. Maybe it’s even naive. But I like to wonder. I like to imagine. I like to hope. Because imagine, just for a moment, if we could inspire a generation of leaders where diversity was accepted as normal. Where inclusion was prevailing. Where respect replaced power.

Click to read about the pop-up art installation and Syrian seeds that inspired Vikki’s writing of Amira’s Suitcase.
Thank you to Vikki for sharing some insight into Amira's world and the reason such a wonderful book came about. 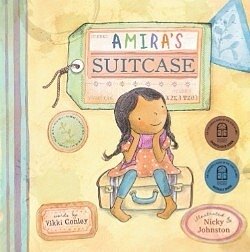 It begins with a tiny seed growing inside a suitcase. With Amira’s care, the tiny seed starts to sprout. Find out what happens when kindness flourishes...
Amira’s Suitcase is a gentle, thought-provoking tale about friendship and hope.

Shortlisted for the CBCA Children's Book of the Year Awards 2022.